Please note: This is a special order item – delivery times approx 2-3 days. Suitable for vehicles up to 7.5m in length.

The Truma Aventa Comfort cools your vehicle to a pleasant temperature within a very short time. The air is also cleaned and dehumidified to ensure a pleasant indoor climate even with minor differences between the inside and outside temperature. But the powerful roof-mounted air conditioning system can do even more: it can also be used as a heater. Thanks to the integrated heat pump, you can heat your motor home or caravan especially on cooler days in spring and autumn. And it’s extremely energy-saving.

From a technical aspect, all Aventa air conditioning systems are optimised so that they run especially quietly. Cool air flows throughout the entire vehicle via the air distributor. To set the ideal air flow, adjust the four air outlets to the desired level. The air distributor also has an integrated dimmable mood lighting feature.

A specialist workshop can install the Truma Aventa comfort air conditioning system in place of a skylight. As the inside air distributor is very flat, it hardly obstructs free movement inside the vehicle. 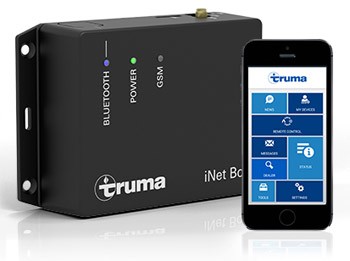 You can extend the Aventa Comfort with the Truma iNet Box. This allows you to operate the roof-mounted air conditioning system via the Truma App. Mornings in bed, afternoons at the beach or evenings in a restaurant: thanks to the Truma iNet System, you can control your Truma appliances conveniently with the App at any time, no matter where you are.

This unit has a 5 year Truma  parts warranty.

You can extend the Aventa with the Truma iNet Box and operate the roof-mounted air conditioning system via the Truma App. Mornings in bed, afternoons at the beach or evenings in a restaurant: thanks to the Truma iNet System, you can control your Truma appliances conveniently with the App at any time, no matter where you are. (A mini-SIM card with its own number is required for smartphone communication (not included). 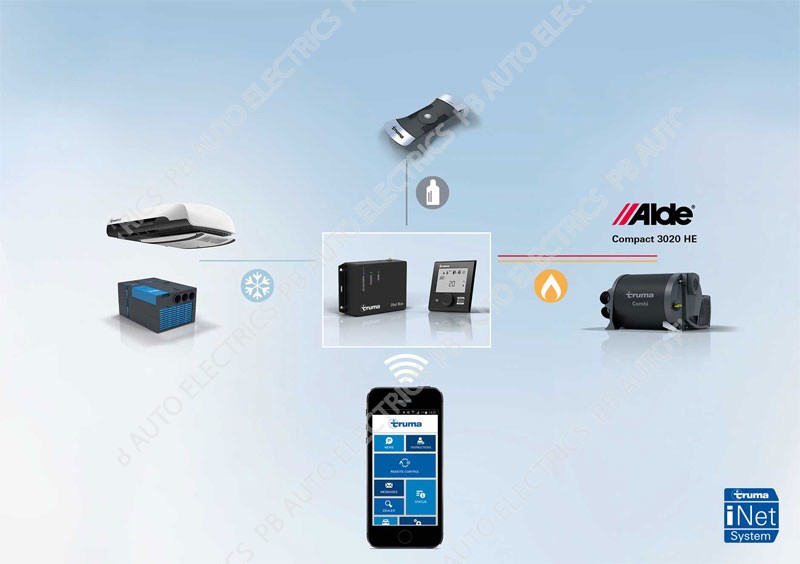 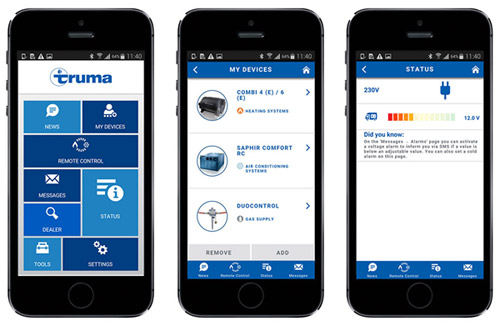 5.0
Rated 5.00 out of 5
Based on 4 reviews
Powered by Customer Reviews plugin

Copyright PB Auto Electrics 2020-2021
Back to Top
We use cookies to give you the best possible experience on our site. By continuing to use the site you agree to our use of cookies. More info