Why is Webasto called Webasto? The idea originated with the company founder Wilhelm Baier Senior in 1908 when he moved his factory for stamped parts, wire holders and home appliances from Esslingen to Stockdorf just outside Munich. The name comes from the initials Wilhelm Baier, Stockdorf. The move to Bavaria was based on the first boom of the bicycle industry early in the last century and the necessary proximity to the customer. The company focused increasingly on accessories such as wheels, fenders and chain guards and many of the customers at the time were located in Italy. When the automobile began its definitive worldwide triumph in the thirties of the twentieth century, Webasto turned into an automotive supplier. The project began in 1932: Wilhelm Baier constructed the first automotive folding roof that could be opened or closed with just a few simple steps. Only three years later, he created a so-called “vehicle fresh-air heater” for water-cooled engines. It later became famous under the name “Flüstertüte”.

At Doncaster, they serve the Automotive and Marine Aftermarket Sectors with Sunroofs, Roof Ventilation / Escape Hatches, Heating and Air Conditioning Systems. The Doncaster facility provides full Product Application Design, Assembly, and Distribution of Webasto Heating and Air Conditioning systems plus Applications Engineering and Distribution of Webasto Sunroof and Vehicle Roof Ventilation / Escape Hatches. They are the market leader when it comes to diesel heating and produces more than 1 million fuel-fired heaters every year for all kinds of markets.

Can’t find what you're looking for or require more information?
Call us on 01623 659311 or email sales@pbautoelectrics.co.uk 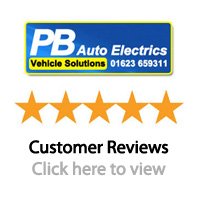 We aim to deliver most in stock items the working next day (subject to stock levels and availabilty). Some smaller items may be dispatched through first class post. Deliveries are made Monday to Friday excluding Bank Holidays. Orders placed on Fridays will be dispatched the next working day ie. Monday. Delivery Terms & Condtions
Copyright PB Auto Electrics 2020-2021
Back to Top
Menu